What ever happened to Blockchain?

Home » Report » What ever happened to Blockchain?

What ever happened to Blockchain? 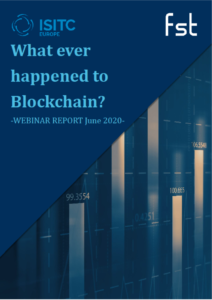 There is no doubt that the creation of Blockchain/DLT and relevant technologies has brought forth many multiple levels of opportunity for future innovations in the financial markets. Based on its consensus-based and trustless nature, we have seen the seen the evolvement of first generation Bitcoin and its underlying payment system via an elegant DLT structure to second generation DLT involving; dApps, Smart-Contracts and the ability to allow “Tokenisation” for innovative ideas and new business creation.

It is quite remarkable that we now have a technology, which for the first time in the history, allows anyone (including machines) the capability to build a “corporation” or business model on the network in a decentralised fashion, without having to domicile in a specific physical location.

Whatever happened to Blockchain?

Operating in this way as an independent entity on the Blockchain, offers an immediate advantage in contrast to the lengthy process of having to set up a business in the conventional way.

Most Blockchain projects are still mostly “hype” because of development immaturity. Most businesses view and evaluate the suitability of Blockchain as a pre-cursor to adopting this technology, unfortunately the opinion and perception of DLT has been somewhat let down, due to the lack of understanding and the conception of unfruitful or controversial projects.

This report outlines some of the discussions and conclusions, from the webinar What ever happened to Blockchain? It was written in conjunction with FST Network is now available to download.